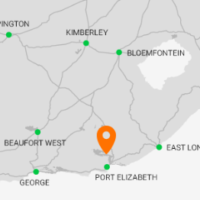 Click to enlarge image.
Contact Information
Contact SA Game Lodges
829238103
Visit Website
More Information
Many Game Lodges and reserves have an abundance of wildlife means therefore you are more than likely to spot the big 5. South Africa is also home to many Private Game Reserves that offer Big 5 Safaris. Namely the: lion, leopard, elephant, rhino as well as the buffalo that make up this list. Game drives are in general undertaken in an open safari vehicle with a driver / guide. These guides have extensive experience as well as intimate knowledge of the area. Guides are experts on the local game movements as well as factual information and other ecological aspects of the region. They can furnish answers to your fauna as well as flora questions.

Big 5 Safaris
In South Africa, the big five (Big 5) game animals are the African lion, African elephant, Cape buffalo, African leopard, and finally the rhinoceros. Furthermore the term “big five game” was coined by big-game hunters. They where referring to the five most difficult animals in Africa to hunt while on foot. Subsequently the term was adopted by Game reserves, Safari lodges, Game lodges and safari tour operators for marketing purposes. The term is used in most tourist as well as wildlife guides that discuss South African wildlife and tourism. A Big 5 Safaris is always recommended.

In short the Big Five should be on every bodies bucket list. You are however limited to Southern Africa and even then, probably only South Africa. For this reason we make it easy to find your Big 5 Safaris experience as well as other wildlife. We list several uniquely situated Game Lodges that can assist you with a Big 5 experience. In addition to the wildlife experience you will also find great people passionate about saving our heritage.
Tweet This
This Ad has been viewed 612 times.

C.A. on the Way is a firm that specialises in the preparation of financial statements. We also provide other services, such as taxation, secretarial work…
20/07/2018
Lonehill
Gauteng
Total views: 612

The District Municipality is named after Edwin Thabo Mofutsanyana. He was born in 1899 in Witzieshoek (now known as QwaQwa), a tiny reserve squeezed into…
28/10/2018
Phuthaditjhaba
Free State
Total views: 979

Sundays River Adventures promises a fun-filled day for all at its one-stop adventure paradise in the little town of Colchester. Whether it’s sandboarding down one…
10/10/2018
Colchester
Total views: 692

The Moqhaka Local Municipality is situated in the southern part of the Fezile Dabi District. The area of jurisdiction includes the former Transitional Local Councils…
28/10/2018
Kroonstad
Free State
Total views: 762

Research has shown that the most urgent need of the South African family is extra space at home; Storage space for all the odds and…
23/07/2018
Gauteng
Total views: 545

W2RN was founded to offer affordable individualised programs to restore hormonal imbalance that assists to lose weight fast and keep it off, with or without…
03/07/2018
Total views: 506

Fraleo was founded under the direction of SAPGOC Pty Ltd with the intention of providing high quality and reliable aluminium windows and aluminium doors, which…
04/07/2018
Johannesburg
Gauteng
Total views: 592