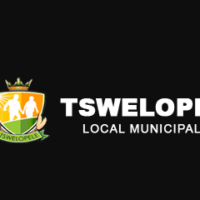 The municipal area is generally flat with a difference of altitude of only 200 metres over 80kms. It gently slopes towards the Vet and Vaal Rivers along its northern and western boundaries. Around and south of Bultfontein is the “Altemit” a sub-region of low hills and depressions containing seasonal wetlands or pans.

Tswelopele Local Municipality falls in the Lejweleputswa District area and is situated in the north western parts of the Free State and borders the North West Province to the north, and it is about 100 km north west of Bloemfontein. The geographic area of the municipality is 652.043 square kilometers. The major towns that form part of the Tswelopele Local Municipality are Bultfontein/Phahameng and Hoopstad/Tikwana as well as their surrounding rural areas. The Bultfontein/Phahameng area is located 80 km from Welkom and 100 km from Bloemfontein. It comprises of two main areas, namely Bultfontein and Phahameng. Hoopstad/Tikwana is situated is situated on the R700 Highway between Bloemfontein and the North West Province. The town is located near the Bloemhof Dam which is situated on the Vaal River.
Tweet This
This Ad has been viewed 943 times.

Research has shown that the most urgent need of the South African family is extra space at home; Storage space for all the odds and…
23/07/2018
Gauteng
Total views: 545

The approach we take to add value to your digital project is simple yet effective. Each one of these steps is integral in ensuring success.…
19/06/2018
Johannesburg
Gauteng
Total views: 580

Locate a boutique hotel in South Africa. “Boutique hotel is a term used initially in North America as well as the United Kingdom to describe…
10/05/2018
Sandton
Total views: 645

Our rooms provide perfect OR Tambo Accommodation as well as Kempton Park Accommodation All of our spacious 17 rooms are either double or twin en-suite,…
04/07/2018
Kempton Park
Total views: 593

Guest House accommodation in South Africa. Find the Guest House in the area you need and book directly with them. Click HERE to go to…
02/07/2018
Johannesburg
Gauteng
Total views: 602

The Letsemeng Local Municipality is situated in the south-western Free State and forms parts of the Xhariep district. It has a surface area of 10…
28/10/2018
Koffiefontein
Free State
Total views: 1172