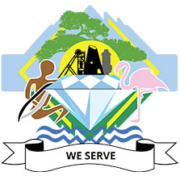 Description: The Sol Plaatje Local Municipality is a Category B municipality located in the Frances Baard District in the Northern Cape Province. It is bordered by Dikgatlong in the north, the Pixley ka Seme District in the south and west, and the Free State Province in the east. It is one of the four municipalities that make up the district, accounting for a quarter of its geographical area. It includes the diamond mining city of Kimberley.
Sol Plaatje Municipality is named after Solomon Tshekisho Plaatje, who was a South African intellectual, journalist, linguist, politician, translator and writer. Solomon Plaatje was born just outside Boshof, formerly the Orange Free State (now Free State Province).

Get in touch with us:

THE CITY OF DIAMONDS

The mention the name Kimberley is likely to evoke images of diamonds, wealth and the world-famous Big Hole.
We welcome you to the City of Kimberley, the Seat of Government for the Northern Cape Province, which is also the biggest province in South Africa. Our city is legendary for the Big Hole, where diamonds were discovered and produced.

Diamonds were discovered on a farm Bultfontein in 1870 causing a diamond rush that established the city to what it is today.

Kimberley is not only rich in the Diamond heritage that causes it to sparkle but also rich in being the City of First!

1877 - THE FIRST professional training of nurses.

1882 - THE FIRST city in the Southern Hemisphere to install electric street lighting on 2nd September 1882. The electric lights of Kimberley came on before those of London.

1889 - THE FIRST hotel with electricity.

1913 - THE FIRST airplane purchased by the South African Government.

1913 - THE FIRST ten pilots in the South Africa Defence Force.


Kimberley contributed immensely to the South African economy as the first hub of industrialisation. The compound labour system regulating labour on mines in South Africa, was initiated through the migrant labour system at the time of the diamond rush in Kimberley in the 1880s. In 1873, Kimberley was the second largest town in South Africa with an estimated population of 40 000.


Around 1994 post the apartheid era, the Kimberley City Council was renamed Sol Plaatje Municipality, appropriately so, after the intellectual, journalist, linguist, politician, translator and writer Solomon Tshekisho Plaatje. As an activist and politician, he spent much of his life in the struggle for the enfranchisement and liberation of African people.
Tweet This
This Ad has been viewed 756 times.

The Nala Local Municipality is situated in the northern part of the municipal region of the Lejweleputswa district council. The former Bothaville and Wesselsbron traditional…
28/10/2018
BOTHAVILLE
Free State
Total views: 1000

Body Rocket has been formed to answer the call of sports men and women, professional and amateur, senior and junior. Dye Sublimation has limitless possibilities,…
05/07/2018
Vanderbijlpark
Gauteng
Total views: 674

W2RN was founded to offer affordable individualised programs to restore hormonal imbalance that assists to lose weight fast and keep it off, with or without…
03/07/2018
Total views: 506

Guest House accommodation in South Africa. Find the Guest House in the area you need and book directly with them. Click HERE to go to…
02/07/2018
Johannesburg
Gauteng
Total views: 603