South Africa is the only country in Africa that can officially offer a fully malaria-free safari experience. The assured malaria-free safari areas are the Eastern Cape, North West Province (including the Pilanesberg National Park and the Madikwe Game Reserve), and the Waterberg.

Malaria transmission in South Africa is seasonal, with malaria cases starting to rise in October, peaking in January and February, and waning towards May.

Malaria is caused by a one-celled parasite called a Plasmodium. Female Anopheles mosquitoes pick up the parasite from infected people when they bite to obtain blood needed to nurture their eggs. Inside the mosquito the parasites reproduce and develop.

Malaria parasite – Plasmodium is a genus of unicellular eukaryotes that are obligate parasites of vertebrates and insects. Malaria is a life-threatening mosquito-borne blood disease caused by a Plasmodium parasite. The parasites travel to the liver where they mature and reproduce. Malaria has been recognized since the Greek and Roman civilizations over 2,000 years ago. Malaria causes symptoms that typically include fever, tiredness, vomiting, and headaches.

The malaria parasite is not in an infected person’s saliva and it is not passed on from one person to another. The only way you can catch malaria from a person is through blood transfusions or organ transplants.

For most people, symptoms begin 10 days to 4 weeks after infection, although a person may feel ill as early as 7 days or as late as 1 year later. Two kinds of malaria, P. vivax and P. ovale, can occur again (relapsing malaria). If the right drugs are used, people who have malaria can be cured and all the malaria parasites can be cleared from their body. In general, it takes about two weeks of treatment to be cured of malaria. People traveling to areas where malaria is common typically take protective drugs before, during and after their trip. Treatment includes antimalarial drugs. Malaria is often also incorrectly diagnosed as flu.

Without proper treatment, malaria episodes (fever, chills, sweating) can return periodically over a period of years. After repeated exposure, patients will become partially immune and develop milder disease. Treatment of malaria depends on the number of different factors that include disease severity, the particular species of Plasmodium infecting the patient and the potential for drug resistance of the various species and strains of Plasmodium. In general, it takes about two weeks of treatment to be cured of malaria.

Malaria is a life-threatening disease. It’s typically transmitted through the bite of an infected Anopheles mosquito. Infected mosquitoes carry the Plasmodium parasite. When this mosquito bites you, the parasite is released into your bloodstream.

The most common antimalarial drugs include:

Call your doctor at once if you have a serious side effect such as:

Choosing the Anti-Malarial Medication That’s Right for You:

Make sure you take the right antimalarial tablets at the right dose, and finish the course. If you are sick within one hour of taking your daily tablet, you need to take another dose to make sure you remain protected against malaria. Some drugs are not effective because the parasite is resistant to them.

Medicines to prevent malaria that you take daily include doxycycline and atovone/proguanil (Malarone). All prophylactic drugs should be taken with unfailing regularity for the duration of the stay in the malaria risk area, and should be continued for 4 weeks after the last possible exposure to infection, since parasites may still emerge from the liver during this period.

Diagnosis of malaria involves performing blood smears. For a blood smear, a drop of blood is applied to and spread onto a glass slide. It is then treated with a special stain and examined under a microscope for the morphology of infected blood cells and the parasite.

Anemia is common in patients with malaria, in part due to the effects of the Plasmodium parasite on the red cells. It is extremely uncommon for malaria to cause skin lesions or rash.

In the vast majority of cases, malaria is only transmitted via the bite of an infected mosquito. However, if a pregnant woman becomes infected with malaria, she can pass the parasite to her unborn child via the placenta, or via blood transfer during childbirth.

Bite prevention – avoid mosquito bites by using insect repellent, covering your arms and legs, and using a mosquito net. All travelers should be advised that personal protection from mosquito bites between dusk and dawn is their first line of defense against malaria. Check whether you need to take malaria prevention tablets – if you do, make sure you take the right antimalarial tablets at the right dose, and finish the course. 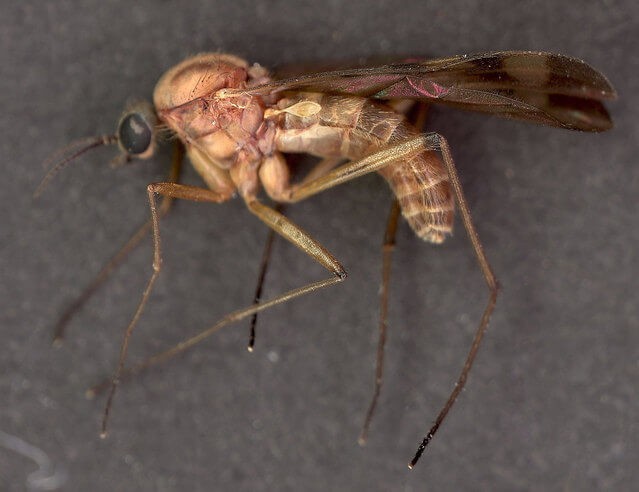 Malaria is transmitted by the night-time – dusk to dawn – biting female Anopheles mosquito.

Risk is absent in most of the country; risk exists only in specified areas:

Risk is present in the northeastern provinces of Limpopo, the low altitude areas of Mpumalanga and KwaZulu-Natal as far south along the coast to the Tugela River. Peak risk period: October to May.

High risk months for Malaria are: January to December

Areas with drug resistant Malaria: Multidrug resistant P. falciparum malaria is present in all malarious areas of South Africa. The antimalarial medications listed below are effective for this country.

All malaria infections are serious illnesses and must be treated as a medical emergency. In offering guidance on the choice of antimalarial drugs, the main concern is to provide protection against Plasmodium falciparum malaria, the most dangerous and often fatal form of the illness.

Regardless of the medication which has been taken, it is of utmost importance for travellers and their physician to consider fever and flu-like symptoms appearing 7 days up to several months after leaving a malarious area as a malaria breakthrough. Early diagnosis is essential for successful treatment.

In addition to the suggested antimalarial medication, use a mosquito bed net and effective repellents to avoid the bite of the nocturnal Anopheles mosquito.

VIA: https://www.iamat.org/country/south-africa/risk/malaria International Association for Medical Assistance to Travellers. IAMAT

South Africa is one of 14 African countries to have received recognition for its fight against malaria during the 2016 African Leaders Malaria Alliance (Alma) meeting on 30 January as part of the 26th African Union Summit in Ethiopia.

In South Africa, cases of malaria have decreased by 82%; and the malaria related death rate has dropped by 71% since the year 2000 to date.

The decrease is attributed to a sound malaria vector control programme, in which the country has used dichlorodiphenyltrichloroethane or DDT odourless insecticide for indoor residual spraying, coupled with other World Health Organization recommended interventions.

The key to a better malaria vaccine

The malaria vaccine was invented more than a century ago — yet each year, hundreds of thousands of people still die from the disease. How can we improve this vital vaccine? In this informative talk, immunologist and TED Fellow Faith Osier shows how she’s combining cutting-edge technology with century-old insights in the hopes of creating a new vaccine that eradicates malaria once and for all.