The Northern Cape is South Africa’s largest province, taking up almost a third of the country’s total land area. However, the province is sparsely populated with only about 1,2 million people on 372 889 km2 of land. About 68% of the people speak Afrikaans while Setswana, isiXhosa as well as English are also widely spoken.

The last remaining true San people live in the Kalahari area, mainly along the Orange and Vaal rivers. Many fossils and San rock engravings have been found here, some of which are displayed at the McGregor Museum in Kimberley.

The province is noted for its San rock art, diamond diggings, 4X4 safaris and the Kgalagadi Transfrontier Park. It is a vast stretch of semi-desert land. The province is renowned for its spectacular display of spring flowers which, for a short period every year, attracts thousands of tourists.

The province lies to the south of its most important asset, the mighty Orange River. The Orange river provides the basis for a healthy agricultural industry. The Northern Cape borders the Atlantic Ocean in the west with Namibia and Botswana to the north and north-west, respectively. It is fringed by the Swartberg mountain range on its southern border.

The Northern Cape is located in the north-western corner of South Africa and has a shoreline of approximately 313 km along the Atlantic Ocean. Despite its incredible size as compared to the rest of the country, the province only accommodates 2,2% of the total South African population as per Provincial Mid-Year Estimates 2013 conducted by Statistics.

With two major airports at Kimberley and Upington, and an excellent road network, the province’s interior is easily accessible from South Africa’s major cities, harbours and airports. Sutherland hosts the southern hemisphere’s largest astronomical observatory, the multinational-sponsored Southern African Large Telescope. The Northern Cape is one of two sites to host the Square Kilometre Array (SKA) radio-telescope. Developed by scientists from 17 countries, it will be the largest and most advanced radio telescope in the world.

Among many other benefits, the province’s tourism and hospitality industry is profiting from the project, as scientists and other interested parties are flooding into the town of Carnarvon. The province has several national parks and conservation areas, including the Kgalagadi Transfrontier Park, Ai-Ais/Richtersveld Transfrontier Conservation Park as well as the Augrabies Falls National Park. The largest part of the province lies in the dry Nama-Karoo Biome, which contains a number of fascinating plants, including the elephant’s trunk (“halfmens” or half-man) tree, aloe (“kokerboom” or quiver tree) and a variety of succulents. The area is also well known for its spectacular annual spring flowers, which attract thousands of tourists.

Scattered throughout the Northern Cape province you’ll find the roughly hewn Corbelled houses that where built by the trekboere (roaming farmers or pioneers). These stock farmers migrated from the south into the Karoo in the early 1800’s, to discover that trees where sparse and rocks aplenty. Consequently, they set about building shelter with the available raw materials.

As there could be no wooden trusses to support the roof, they made use of an ancient method of construction known as corbelling. This technique was implemented by placing successive courses of flat stone, each one extending a little further inward than the layer beneath, until the walls almost met at the apex. The remaining hole over the roof could then be closed with a single slab. These thick stone walls were excellent insulators against the extreme heat of summer. The floors of most corbelled houses where made of smeared earth that was coloured a rich red with a mixture of fat and oxblood and then polished with a smooth stone.

Megalithic builders in Mediterranean countries used this building technique from as long ago as 4000 years, with examples of this style of architecture found in Spain, Portugal, Turkey, Greenland and Italy.

Constructed in a similar fashion (of limestone boulders) the trulli houses of Alberabello, Italy, feature domed or conical roofs and have been named a UNESCO World Heritage Site. Similarly, within South Africa, many of the corbelled houses of the Northern Cape enjoy Heritage status.

Our corbelled houses can also be compared with the Syrian beehive houses, with their thick mud brick walls, designed for the desert climate even harsher than that of the Karoo.

Today, many of the corbelled houses on farms in the Fraserburg, Williston and Carnarvon areas have been revamped as guest accommodation and you can lie in bed and stare up at the circular stone ceiling imagining a bygone era. One can also visit the Carnarvon Museum which is positioned right next to a corbelled house and enjoy this interesting architecture. 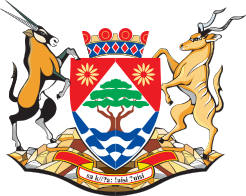 The economy of the province’s Karoo region depends on sheep farming, while the karakul-pelt industry is one of the most important in the Gordonia district. The province has fertile agricultural land, especially in the Orange River Valley. A variety of fruit is cultivated at Upington, Kakamas and Keimoes. The Vaalharts Irrigation Scheme near Warrenton facilitates the production of wheat, fruit, peanuts, maize and cotton.

Wine is also produced in the Northern Cape’s Orange River wine region. This wine production accounts for 25,6% of South Africa’s Colombard vines as well as 10% of its Chenin Blanc. The Niewoudtville Rooibos Tea processing initiative centres on the development and economic empowerment of smallholder farmers. It is aimed at unlocking economic potential, creating sustainable jobs and increasing the skills base. The installation of pasteurisation (Pasteurization or pasteurisation is a process that kills microbes in food and drink, such as milk, juice, canned food, and others.) equipment has been completed and tea has been exported to countries such as Germany, Spain and Japan.

Mining contributes 27,6% to the gross regional domestic product. Iron-ore mining in the north-eastern corner of the province has been expanding despite the global recession, driven largely by China’s demand for steel.

Sishen is the biggest iron-ore mine in the country and its owner, Kumba Iron Ore, is engaging in a new project at Kolomela. New manganese projects are also underway. Diamond mining, in contrast, has seen declining volumes and job losses. Diamond mining is increasingly moving away from the older mines to alluvial mining along the Orange River and its tributaries and in the Atlantic Ocean. The province also has copper, asbestos, fluorspar, semiprecious stones and marble.

Frances Baard district of Northern Cape province of South Africa. The seat of Frances Baard is Kimberley. The majority of its 324 814 people speak Afrikaans. The district code is DC9.

The Frances Baard District Municipality is a Category C municipality located in the far eastern portion of the Northern Cape Province. It shares its northern borders with the North West Province and its eastern border with the Free State Province. The municipality is the smallest district in the Northern Cape, making up only 3% of its geographical area. However, it accommodates the largest proportion of the province’s population.
It comprises the four local municipalities of Dikgatlong, Magareng, Phokwane and Sol Plaatje. Kimberley, which is where the district municipality is located, is less than 500km away from Johannesburg in the north, less than 1 000km away from Cape Town in the south, and less than 800km away from the Port of Durban in the east.

John Taolo Gaetsewe district of the Northern Cape province of South Africa. The seat of the authority is Kuruman. The majority of its 176,899 people speak Setswana. The district code is DC45.

The John Taolo Gaetsewe District Municipality (previously Kgalagadi) is a Category C municipality located in the north of the Northern Cape Province, bordering Botswana in the west. It comprises the three local municipalities of Gamagara, Ga-Segonyana and Joe Morolong, and 186 towns and settlements, of which the majority (80%) are villages.

The boundaries of this district were demarcated in 2006 to include the once north-western part of Joe Morolong and Olifantshoek, along with its surrounds, into the Gamagara Local Municipality.
It has an established rail network from Sishen South and between Black Rock and Dibeng. It is characterised by a mixture of land uses, of which agriculture and mining are dominant. The district holds potential as a viable tourist destination and has numerous growth opportunities in the industrial sector.

Namakwa district of the Northern Cape province of South Africa. The seat of Namakwa is Springbok and the region is also known as Little Namaqualand. The majority of its 108,118 people speak Afrikaans. The district code is DC6.

Pixley ka Seme district of the Northern Cape province of South Africa. The seat of Pixley ka Seme is De Aar. The majority of its 186,351 people speak Afrikaans as first language. The district code is DC7.

The district is comprised of eight local municipalities: Ubuntu, Umsobomvu, Emthanjeni, Kareeberg, Renosterberg, Thembelihle, Siyathemba and Siyancuma. Its main town is De Aar. Traffic flows through the region, linking the major industrial areas of the country.

The area has a low rainfall, while the largest river in South Africa flows through it. Two of the major dams in South Africa, the Vanderkloof and Gariep Dams, are situated on the borders of the district municipality.

The ZF Mgcawu district of the Northern Cape province of South Africa. The seat of ZF Mgcawu is Upington. The majority of its 236,783 people speak Afrikaans. The district code is DC8.

It makes up just under a third of the province’s geographical area, of which 65 000km² comprise the vast Kalahari Desert, Kgalagadi Transfrontier Park and the former Bushmanland. This district comprises five local municipalities: Dawid Kruiper, Kai !Garib, Tsantsabane, !Kheis and Kgatelopele. Upington is the district municipal capital, where the municipal government is located.

The Big Hole in Kimberley is the largest hand-dug excavation in the world. In 1871, diamonds were discovered at the site and mined manually by prospectors.

Malaria is not considered to be endemic to the Northern Cape, but the province is identified as a region that could become suitable for malaria vectors as a result of climate change and other environmental factors. The Molopo and Orange River regions and the far northern parts of the province are considered to be especially important in this respect.

A small number of malaria cases are reported in the province each year.

The Nketoana Local Municipality was established in terms of Section 14 of the Local Government: Municipal Structures Act No. 11 of 1998 and was published…
28/10/2018
Reitz
Free State
Total views: 680

The Moqhaka Local Municipality is situated in the southern part of the Fezile Dabi District. The area of jurisdiction includes the former Transitional Local Councils…
28/10/2018
Kroonstad
Free State
Total views: 781

The Masilonyana Local Municipality (FS181) was established in term of the Municipal Structure Act and the Municipal Demarcation Act. The municipality forms part of Lejweleputswa…
28/10/2018
Theunissen
Free State
Total views: 1183

We are here to satisfy all your commercial, industrial and residential painting requirements: from preparation through to completion. We have the experience and knowledge to…
04/07/2018
Johanneburg
Gauteng
Total views: 567

The Vaal River and the Vaal Dam form the northern boundary of Fezile Dabi District Municipality and also serve as the boundary between Free State…
28/10/2018
Sasolburg
Free State
Total views: 757

Dove’s Nest Guest House is your choice of accommodation in Gauteng, South Africa if you are looking for an affordable 2-star guest house that is…
04/07/2018
Kempton Park
Gauteng
Total views: 644

Many Game Lodges and reserves have an abundance of wildlife means therefore you are more than likely to spot the big 5. South Africa is…
23/08/2018
Total views: 631

We are a team of Professional Accountants and Financial Planners who strongly believe that quality and professional financial advice, products and services should be available…
10/10/2018
Port Elizabeth
Eastern Cape
Total views: 656

Research has shown that the most urgent need of the South African family is extra space at home; Storage space for all the odds and…
23/07/2018
Gauteng
Total views: 564

Bakali Foods offers a natural alternative to traditional snacks, our rice cakes and corn cakes are the best option for you. Rice and corn cakes…
03/07/2018
Midrand
Total views: 521