Bothaville is a small town 80 km’s north-west of Kroonstad. Established in 1893 on the farm Botharnia, a portion of Gladdedrift which had been bought by Theunis Louis Botha, and named after him. 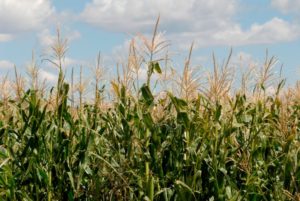 1995. This city is not only the maize jewel of the country, but also the most important town in the summer grain area. Both Bothaville and Wesselsbron produces a combined average of 550 000 tons of maize annually making it the most single district producer in South Africa.

Bothaville is also a major producer of quality vegetables, lovely export roses, authentic pottery, handsome articles, stock-farming, agro-processing and has bio-fuel plant. The annual Nampo Harvest Show every May attracts about 50 000 thousand people worldwide. This show dates back to 1967, and its main objective is to enable farmers to compare farming products. More than 600 exhibitors take part in this annual show. During this show hundreds of temporary jobs are created for the local community.

Three major rivers feature prominently in the Free State Province, of which two flow through the Nala Municipality. The Vals River runs from east to west through the town of Bothaville towards the Vaal River, which forms the north-western boundary of the municipality, and the Vet River flows just south of the Wesselsbron district and forms the southern boundary of the Nala region. Both the rivers play a significant role in the provision of water to Bothaville and Wesselsbron respectively. The topography of the area is homogenous, with moderate slopes. The only significant natural feature is the sensitive wetland system found just south of Wesselsbron.

Bothaville is part of the Flamingo Route in the Free State.

The Flamingo Route runs through the Lejweleputswa District, an important agricultural and gold-producing area. This combination makes for a variety of leisure activities – exploring a local gold mine, game viewing and visiting key historical sites. And for lovers of the fast lane, the Free State’s own Phakisa Freeway Race Track is a must-see.

The route includes the following towns:

BOTHAVILLE – A SMALL TOWN WITH A BIG HEART

The small town of Bothaville is famous for the world’s second largest private agricultural show: the NAMPO Harvest Festival, held each May. Places of interest include:

Dutch Reformed Church
The imposing sandstone church was erected in 1918, was designed by Gerhard Moerdyk, the architect who designed the Voortrekker Monument in Pretoria. The beautiful sandstone vicarage was built in 1898.

Rider Memorial
A marble Anglo-Boer War memorial, the Rider Memorial, is situated in front of the Dutch Reformed Church.

Historic Police Station
The oldest building in town, a three-room sandstone building in President Street, was erected in 1894 to serve as a police station and prison. It now serves as the town’s museum.

The Town Hall
This lovely old building is a structure well worth preserving.

Doornkraal Battlefield and Monument
The Doornkraal Battlefield near Bothaville was the site of a surprise attack on General Christian de Wet and his men on 6 November 1900. Although De Wet escaped, the other members of his commando made a brave stand and fought to the bitter end. De Wet’s escape led to a determined effort by the British to capture him and became known as the second drive on de Wet.The Monument erected at the battlefield site honours the 131 Boers who died in the attack.

One of South Africa’s youngest cities, Welkom was established after the discovery of gold in the area in 1947. Welkom’s many interesting tourist attractions include:

• The Gold Museum – a fascinating history of gold mining and the origins of Welkom.
• Underground mine tours through a modern mine.
• The Phakisa Freeway Race Track – one of the fastest tracks in the world.
• The Harmony and Sibanye gold mines.
• The Welkom Flea Market event, held every second week of the month.
• The challenging and well-kept Oppenheimer Park Golf Course.
• Klippan Farm, featuring a variety of animals and traditional Free State farming equipment.
• Aandenk Monument, where the first borehole was drilled in search of gold.
• Thabong Township, where most migrant workers on the Welkom Mines lived.

The tiny town of Ventersburg has a colourful history. Here you can see:

• The ruins of the Basotho chief Moshoeshoe’s Kraal.
• The country’s only fully-restored Police Museum.
• The remains of the Voortrekker hospital.
• The Skanskraal Monument.
• The graves of children who died in the measles epidemic of the 1830s.
• The well-preserved ruins of a prehistoric settlement.
• The Sand River Monument.

If you’re looking for a fun family outing, visit the popular Aldam Resort or the Willem Pretorius Game Reserve overlooking the Allemanskraal Dam.

A beautiful town with a strong gold mining heritage, Virginia is the home of the famous Virginia Jewellery School (tel: 057 904 4364). Visitors can also enjoy boating, fishing and water-skiing on the Sand River, or hiking and birdwatching along the river banks. The nearby Tikwe Lodge Nature Drive offers 40 species of buck, zebras and giraffes, as well as cruises along the Sand River.

WINBURG – A WINDOW ON THE VOORTREKKERS

The oldest proclaimed town in South Africa, Winburg is home to the Free State’s Voortrekker Monument and also the Voortrekker Museum. The Voortrekkers (“pioneers” in Dutch/Afrikaans) moved by ox wagon from the Cape Colony into the interior in the 1830s-40s. The nearby Erfenis Dam Nature Reserve offers great fishing and game viewing.

The small town of Brandfort was where Nelson Mandela’s former wife, Winnie Madikizela-Mandela, spent nine years under house arrest for terrorism from 1977-1985. You can still see her former home in the township of Majwemasweu. Another interesting piece of history is the Florisbad archaeological site at Soutpan, 45km from Brandfort. See where the skull of a 260,000 year-old hominid and other fossils have been found, then visit the renovated Florisbad Resort for some R&R. You can also see graves dating back to the concentration camps of the Anglo-Boer war.