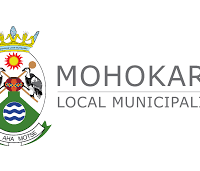 Statistics by Global Insight (2008) estimated the population of Mokohare at 37 378 people living in 11 070 households. This population figure indicates a slight growth of 3% from 2001. The average household size in the municipality is 3 people per household. The gender distribution analysis of the Mokohare population reflects an inverse pattern to that of the country with females accounting for only 44% and males 56%.

Zastron is situated in the South East Free State, surrounded by picturesque mountain scenery. It is situated at the foot of Aasvoëlberg, 4 km from the R26 route between Bloemfontein and Aliwal North via Dewetsdorp and Wepener and 180 km from Bloemfontein and 70 km from Aliwal North. The surrounding mountains each have their own claim to fame. Aasvoëlberg is crowned with a kranz known as Aasvoëlkrans and depicts the head of the Cape Vulture for which it is known to be the home of this species for many decades. Aasvoëlkrans is also the highest point in the Free State situated outside the Drakensberg range, the height above sea level being 2200 metres. Spitskop is a large koppie with a solid kranz on its crown. It is similar in stature as Teebus near Steynsburg, but its peak is the highest above sea level in the Southern Hemisphere.

The area between the Caledon and the Orange Rivers was extremely fertile and revered. It was once the home of the nomadic San and was later declared no-mans land due to the many clashes between Basotho tribes and the Voortrekkers over ownership. Vegkop and Charlottenberg was the stronghold of the farmer son of Moshesh and his tribe. Poshuli and his warriors, from time to time, raided the white stock farmers who crossed the Oranje River and settled in the area. The De Winnaar brothers, Jan and Renier, settled in this district in 1838 and had precariously made a life here until they were forced to leave due to the general insecurity of the area. They were eventually allowed back into the region in 1869 and were given a portion of land that was known as Verliesfontein. The town of Zastron developed on this piece of land and was named after Johanna Zastron, the wife of Jan De Winnaar. Zastron was proclaimed a municipality in 1881.

Anglo-Boer War Monument in front of the town’s Dutch Reformed Church.
A cable car built in 1957 by Charles Moss. It was used as a way of entering the mountain kingdom of Lesotho.
Eeufeeskloof Dam – Recreation on the water and in the sun on this well-equipped resort west of the town.
Eye of Zastron – A curious formation in the Aasvoëlberge.

A cave on the farm features a 5m-high, perfectly preserved polychrome San Frieze. It is one of the world’s most important pieces of historical artwork.

Named for the predominance of hippo drawings in its San art, including evidence of life of the area’s early inhabitants, including pots shards, cooking implements and other relics.

Sir Harry Smith, a Governor of the Cape, founded this settlement in 1848 on the farm Waterval. It became the third town to be established in what today is the Free State. Over the years it established itself as a source of fine quality Merino wool produced by the many sheep farmers in the area. This reputation has persisted throughout the years, with the ultimate compliment being paid to local farmers by sheep farmers in Australia upgrading the quality of their stock by buying stock from the Smithfield area. It was essentially wool that stimulated the economic growth of the town and for as long as the international wool market remained strong Smithfield thrived and attained an enviable prosperity. A worldwide setback in the price farmers were paid for their product brought serious consequences for the town and its environs, but in the mid-1990’s tourism was identified by government as a significant potential source of foreign exchange and job creation.

Both the timing as well as Smithfield`s position on the Friendly N6, between Bloemfontein and East London tourist route, were crucial for the success of its entry into this new industry. It has gone on to entrench its popularity among visitors from all over the world. It is situated 130 km south of Bloemfontein, only 75 km from Aliwal North and 130 km from the Gariep Dam. Situated almost halfway between Gauteng and the Wild Coast or Southern Cape coast, Smithfield offers the ideal overnight stop on a journey from the north or the south of the country. The town`s position halfway between Cape Town and Durban on the shortest (and most beautiful) non-Transkei route is a further string to its bow.

The town and surrounding areas offer a variety of tourism attractions. The well-maintained local golf course, dating back more than 100 years, is a nine-hole gem, while the tennis and bowls clubs are delighted to welcome visitors.

Hills surrounding the town are considered well suited to hiking, walking, horse riding and bird watching in relative isolation. Blesbok and some Zebra are to be found in the open savanna.

The well-known mission stations, Carmel and Bersheba, are situated in the Smithfield district. Their activities are represented in the museum as well as those of leading personalities such as general General Christiaan de Wet (1854-1922),the late P.G. Hoffman, president of the Free State Republic, an 18th century kitchen and the wool washery dating back to 1866 and `Old Grietjie’ , a muzzle-loading ship’s cannon used in most of the wars against the Basotho. The museum is located at 5 Douglas Street and can be contacted on telephone: +27 (0)51 683 1105 and fax +27 (0)51 683 1143.

Rouxville, one of the lesser-known towns in the Xhariep.
Tweet This
This Ad has been viewed 1187 times.

Fraleo was founded under the direction of SAPGOC Pty Ltd with the intention of providing high quality and reliable aluminium windows and aluminium doors, which…
04/07/2018
Johannesburg
Gauteng
Total views: 591

The District Municipality is named after Edwin Thabo Mofutsanyana. He was born in 1899 in Witzieshoek (now known as QwaQwa), a tiny reserve squeezed into…
28/10/2018
Phuthaditjhaba
Free State
Total views: 979

The Nketoana Local Municipality was established in terms of Section 14 of the Local Government: Municipal Structures Act No. 11 of 1998 and was published…
28/10/2018
Reitz
Free State
Total views: 656

The name Lejweleputswa, meaning ‘grey rock’, describes the area in the Free State with a history rich in gold prospecting and mining. The Lejweleputswa district…
28/10/2018
Welkom
Free State
Total views: 579

Matjhabeng Local Municipality came into existence on 05 December 2000 after the amalgamation and emergence of the former six (6) Transitional Local Council into one…
28/10/2018
Welkom
Free State
Total views: 1622

Maluti-A-Phofung Local Municipality was established in terms of the provincial Gazette No. 14 or 28 February 2000 issued in terms of Section 21 of the…
28/10/2018
Phuthaditjhaba
Free State
Total views: 911

Feinschmecker has existed in its present form since 1983. The company started out with the name Polony King Foods and operated us such for many…
03/07/2018
Germiston
Gauteng
Total views: 792