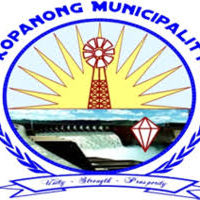 Trompsburg/Madikgetla serves as the regional administrative seat within Kopanong. It is situated approximately 108 km south of Bloemfontein. Trompsburg is named after Jan and Sebastiaan Tromp, owners of the farm Middelwater on which the town was founded in 1891. It is a small agricultural town and one of Free State’s best Marino sheep product manufacturers. The town lies in a cove between small hills and has the 2nd largest shearing barn in South Africa.

Initially the town was known as Jagersfontein Road, before the branch railway was built from Springfontein to Koffiefontein via Jagersfontein. Later it was named Hamilton after Sir Hamilton J. Goold-Adams, governor of the Orange River Colony from 1902 – 1910. Still later the name was changed to Trompsburg in honour of the owners of the farm on which the town is built.

The Gariep Dam is situated approximately 62 km south of Trompsburg and is the largest expanse of fresh water in the country. It lies on the Orange River, one of the country’s largest rivers, its shoreline extending some 435 kilometres near the towns of Bethulie, Venterstad, Colesberg, Oviston and Aliwal North. The Free State’s largest nature reserve is a combination of the 36 487 ha Gariep Dam on the Orange River and an 11 237 ha game sanctuary on its northern shore.

From the dam some 200 000 ha of land is irrigated, by means of a tunnel of 83,8 km, delivering water to the upper valleys of the Fish River, and then from another 13,2 km tunnel to the Sundays River. The dam covers some 374 square kilometers. With the supply of some 455 million litres of water to the dry Karoo region around it, the hydro electric scheme generates 600 000 kilowatts of power, as well.

The dam was officially opened in 1972 and is very popular with both anglers and boating enthusiasts. Water sports and attractions include sailing, power boating, canoeing, skiing, angling and sporting. The game reserve accommodates the largest population of springbok in any reserve in the country and also features Cape mountain zebra, klipspringer, black wildebeest, red hartebeest and ostrich. The main social and economic functions of the town includes; key regional tourist destination, general agricultural service centre to surrounding farming areas, social functions such as residence, education and medical services as well as transport support services on major routes.

The Free State Provincial Government and the People’s Republic of China have embarked on an exciting new project at the Gariep Dam, namely a fish hatchery. China will invest R60 million over three year period. The first phase of the project was launched during October 2009 by the Premier of the Free State, Mr. E.S. Magashule and the Chinese ambassador to South Africa, Zhong Jianhua. The project entails the building of an aqua training and education centre and fish hatchery. Ten aqua tanks – that will eventually grow to 80 – will be used to hatch indiginous fish for the people of the Xhariep district. During the first phase, it is estimated that 580 job opportunities will be created for local people. Upon completion of the project, it is estimated that 105 full-time jobs will be created.

The Resort is situated on the banks of Gariep Dam, the largest dam in South Africa and bordering the Gariep Dam Nature Reserve, home to many species of antelope and the Cape Mountain Zebra. Accommodation consists of 44 two or three bedroom chalets and 12 luxury one or two bedroom chalets. The three star Caravan Park has 106 sites all with power and serviced by two ablution facilities. 16 of the luxury caravan sites have their own ablution facility. The resort offers three conference facilities that can accommodate between 12 to 300 delegates.

Springfontein is situated 150km south-west of Bloemfontein on the N1. The town derives its name from a strong artesian spring on the farm Springfontein. Hartleydale, part of this farm, was chosen as the site for the new village in 1904. Municipal status was granted in 1912. This town’s history relates directly to the struggle, and especially to the hardships, of the Anglo-Boer War. Springfontein is an important railway junction. The lines from Port Elizabeth and East London to Gauteng converge here while another line runs west to the diamond-producing town of Koffiefontein via Jagersfontein and Fauresmith.

Springfontein/Maphodi serves as a general agricultural service centre within Kopanong. It is situated approximately 22 km south of Trompsburg. Access to the town is via the N1 between Bloemfontein and Colesberg. The main social and economic functions of the town include: general agricultural service centre to surrounding farming areas, social functions such as residence, education and medical services and transport support services on major routes.

Bethulie/Lephoi serves as a regional agricultural service centre within Kopanong. It is situated approximately 52 km south of Trompsburg. Access to the town is via the R701 between Gariep Dam and Smtihfield. The main social and economic functions of the town include: regional agricultural services centre, key regional tourist destination and social functions such as residence, education and medical services.

Formerly a Mission Station, this town has great historical significance and many outdoor attractions that will appeal to any visitor. During the Anglo-Boer War, (1899 to 1902) the largest concentration camp erected by the British was situated in Bethulie. The cemetery displays small sandstone graves of deceased concentration camp children to the silver crosses at the heads of soldiers’ graves. A large memorial, built on the outskirts of town, with name walls will have you linking a trace to the many nationalities once involved.
Tweet This
This Ad has been viewed 1316 times.

Our rooms provide perfect OR Tambo Accommodation as well as Kempton Park Accommodation All of our spacious 17 rooms are either double or twin en-suite,…
04/07/2018
Kempton Park
Total views: 593

C.A. on the Way is a firm that specialises in the preparation of financial statements. We also provide other services, such as taxation, secretarial work…
20/07/2018
Lonehill
Gauteng
Total views: 612

Body Rocket has been formed to answer the call of sports men and women, professional and amateur, senior and junior. Dye Sublimation has limitless possibilities,…
05/07/2018
Vanderbijlpark
Gauteng
Total views: 674

Bakali Foods offers a natural alternative to traditional snacks, our rice cakes and corn cakes are the best option for you. Rice and corn cakes…
03/07/2018
Midrand
Total views: 509

The Calvinia Hotel offers 25 rooms all with en-suite showers & bathrooms, a Splash Pool to cool off in the summer heat, Conference facilities for…
03/07/2019
Calvinia
Northern Cape
Total views: 520

The Setsoto Local Municipality was established in terms of Section 14 of the Local Government: Municipal Structures Act, Act No 117 of 1998 and was…
28/10/2018
Ficksburg
Free State
Total views: 565