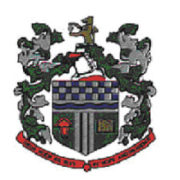 Description: The Magareng Local Municipality is a Category B municipality within the Frances Baard District of the Northern Cape Province. It is bordered by Phokwane and the North West Province in the north, Sol Plaatje in the south, the Free State Province in the east, and Dikgatlong in the west.
It is one of the four municipalities that make up the district, accounting for 12% of its geographical area. Magareng is a Setswana name meaning ‘in the middle'. The name reflects the geographic location of the municipality in relation to other areas.

Warrenton is on the banks of the Vaal River and about 75Km from Kimberley, which was in arid country. Diamonds were found in Kimberley in 1870 soon there was a huge demand for food. In 1880 a syndicate bought the western portion of the farm Grasbult on the Vaal River.

They produced vegetables for Kimberley. In 1888 diamonds were also discovered in this area, leading to another diamond rush, and a town. Mining only stopped in 1926. In 1948 Warrenton became a municipality.

The town was named after Charles Warren who in 1976 was a Cape Colony commissioner surveying the border between Griqualand West and the Orange Free State. He was also Administrator of Griqualand West in 1879, and fought in the Anglo0-Boer War (1899-1902) in the British army.
Tweet This
This Ad has been viewed 993 times.

Dove’s Nest Guest House is your choice of accommodation in Gauteng, South Africa if you are looking for an affordable 2-star guest house that is…
04/07/2018
Kempton Park
Gauteng
Total views: 629

The Nketoana Local Municipality was established in terms of Section 14 of the Local Government: Municipal Structures Act No. 11 of 1998 and was published…
28/10/2018
Reitz
Free State
Total views: 656

Fraleo was founded under the direction of SAPGOC Pty Ltd with the intention of providing high quality and reliable aluminium windows and aluminium doors, which…
04/07/2018
Johannesburg
Gauteng
Total views: 592

Ecoblue Gas Products is here to advise you as to why a constant water temperature is so important! We provide a solution for an eco-friendly…
04/07/2018
Gauteng
Total views: 670